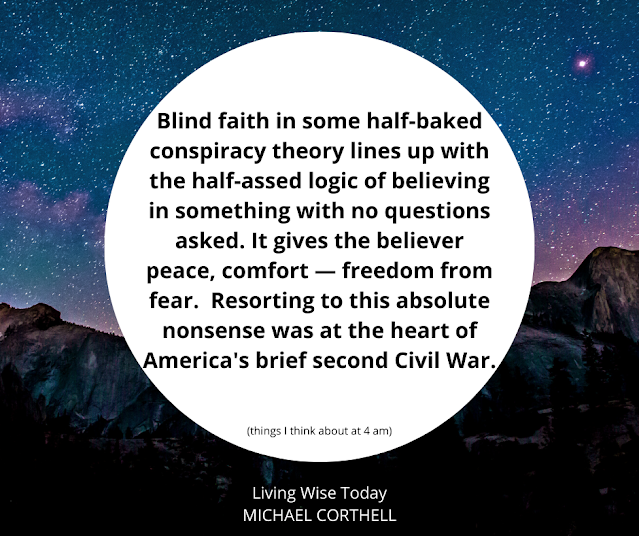 Conspiracy theories resist falsification and are reinforced by circular reasoning: both evidence against the conspiracy and an absence of evidence for it are re-interpreted as evidence of its truth, whereby the conspiracy becomes a matter of faith rather than something that can be proved or disproved.
Research suggests that conspiracist ideation—belief in conspiracy theories—can be psychologically harmful or pathological and that it is correlated with psychological projection, paranoia and Machiavellianism.
Psychologists attribute finding a conspiracy where there is none to a mental illness called illusory pattern perception.Conspiracy theories once limited to fringe audiences have become commonplace in mass media, emerging as a cultural phenomenon of the late 20th and early 21st centuries.
Labels: Beliefs Conspiracy Theories