The Great and Powerful is...You 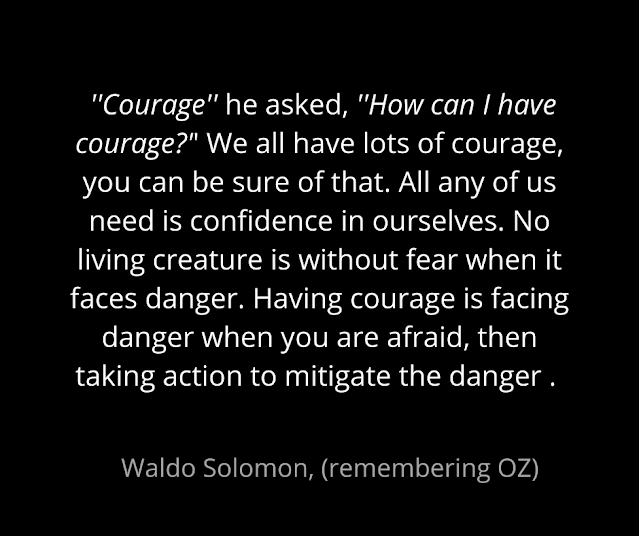 Courage doesn’t have to roar like a lion. Courage can be that small voice at the end of a difficult and trying day that simply says, ''I’ll try again tomorrow.''
Dorothy: Your Majesty, if you were king, you wouldn't be afraid of anything?
Cowardly Lion: Not nobody! Not nohow!
Tin Man: Not even a rhinoceros?
Cowardly Lion: Imposerous!
Dorothy: How about a hippopotamus?
Cowardly Lion: Why, I'd thrash him from top to bottomus!
Dorothy: Supposing you met an elephant?
Cowardly Lion: I'd wrap him up in cellophane!
Scarecrow: What if it were a brontosaurus?
Cowardly Lion: I'd show him who was king of the forest!
Labels: Confindence courage