What is Social Justice? 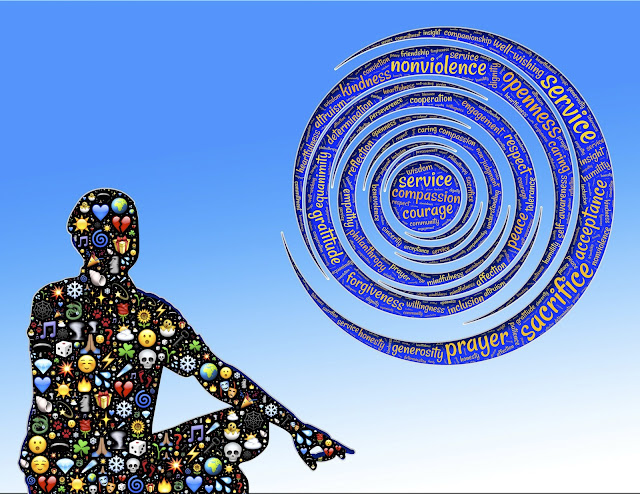 by Michael Corthell
Social Justice is justice in terms of the distribution of wealth, opportunities,
and privileges within a society. It is about equality and oneness.
People who have developed a strong, positive mindset always follow the cultural rule of 'Live and Let Live', because positive, happy people recognize and appreciate other people and animals as being worthy of value and respect.

Most people are judged by their behavior within society. Having that spirit of positivity makes it easier for us to tolerate the differences among our neighbors because we know that we are all different but also the same deep down inside. We have the same hopes, the same fears, and the same joys — we are all human.

''Tolerance implies no lack of commitment to one's own beliefs.
Rather it condemns the oppression or persecution of others.''
—John F. Kennedy

There are several ways for us to become wiser and more tolerant people. First, we must want and choose to be tolerant. Another is to control our anger. Anger is the emotion of intolerance. Intolerance means that you don’t accept other people’s opinions, behavior, or lifestyle. Anger is an expression that what you think is right and that the other person is wrong.

Many times we find ourselves in a situation where we find it hard to tolerate a person's actions or opinion. We can try to understand where the other person is coming from and avoid making it into a personal issue. We can develop a more tolerant view by learning about cultural differences between people, and by developing confidence in ourselves. We then will come to appreciate and even celebrate differences within the family of mankind.

Let's take a look at how to become more tolerant of our fellow travelers.

Be empathetic. Tolerating others in tricky situations is much easier if we empathize with the person we perceive as different. Try to see things from the other person's perspective. Try to 'walk a mile in their shoes'.

Learn about the person by asking direct but friendly questions. It is possible to figure out the other person's perspective without being intolerant or aggressive. However, always keep in mind that you don't have to 'fake agreement' with their views and opinions. People will see right through that insincerity.

Disregard the differences. One way to deal with a trying situation is to ignore the differences, although is a negative way of dealing with differences. Learning to accept and value differences is much better, but sometimes we all have to 'fake it, 'til we make it', so this method is useful.

An open mind values difference. An important part of developing a more tolerant, 'live and let live' attitude is learning to appreciate and value the differences we all have. People who value difference and diversity are much more tolerant of other people and are less stressed by difference and change in general.

Thinking difficult thoughts. Yes, practice dealing with thoughts that you find intolerable. This is a technique that many psychologists use. Some call it a form of role play, a rehearsal of sorts. If helps to be prepared for any situation. For example, if the idea of changing your religion is intolerable to you, then you might think ''I am going to change my religion and become a Buddhist.'' (or another religion that is different from your own.) Or the idea of changing political parties. You get the idea.

Build up your own self-esteem. Folks who aren't happy with themselves or have low self-esteem are most likely to be intolerant of others. Deep inside they think, ''I hate myself, but I don't like to do that, so it's much easier to hate you instead.'' When you feel secure and confident in yourself will find an open-mindedness and tolerance of other people. We can love them with an appreciation of our commonness, and even experience a sense of oneness.

Finally, look at your neighbor in a positive way. Everyone has hopes for the future and is weighed down by the baggage from their past. Positive thoughts bring about positive actions, positive words, and positive conversations.

The Unstoppable Future of Love, Respect, and Tolerance

They are a team just working in sync. Although they have never met before - they are constantly missing each other in the mirror. The private person Tom Neuwirth and the art figure Conchita Wurst respect each other from the bottom of their hearts. They are two individual characters with their own individual stories, but with one essential message for tolerance and against discrimination. Because of the discrimination against Tom in his teenage years, he created Conchita, The Bearded Lady, as a statement. A statement for tolerance and acceptance - as it's not about appearances; it's about the human being. 'Everybody should live their lives the way they want, as long as nobody else gets hurt or is restricted in their own way of life.'