How to Find the Light of the Truth 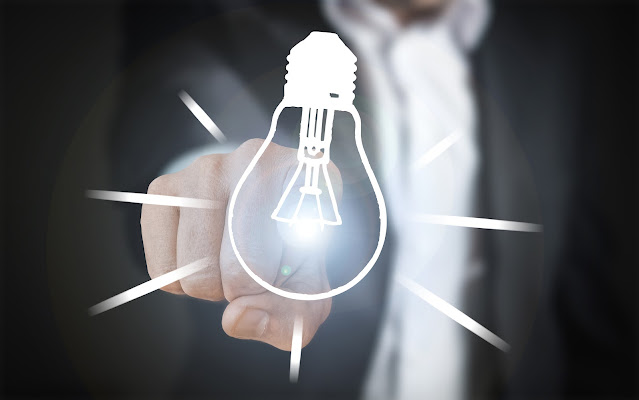 Can anyone know the truth? Some of the greatest minds of every era in history have attempted to answer that question. The slippery nature of the 'truth' has been a favorite theme of history's great poets and authors, especially Shakespeare who was enamored with it. Read any one of his tragedies, and you'll notice how often the plot turns on the fumbling of an important truth.

The idea of fumbling a truth brings us to; is a truth relative or absolute? In our western culture especially, many people have argued there is no such thing as absolute truth. Is there such a thing as absolute truth? My answer is yes there is. For example, 2+2=4 is an absolute mathematical truth. The only way it cannot be perceived as absolute truth, is through a contrived construct of some sort or that each element is not defined and agreed upon.

Additionally, to argue with certainty that there is no such thing as absolute truth is to make an absolute truth claim, and therefore the claim is itself, self-refuting. We can only conclude that absolute truth does exist. (Examples of opinion-viewpoint-based truth, or relative truth are included below in our discussion of religious truths.)

''Even if you are a minority of one, the truth is the truth''
—Mahatma Ghandi

We are now in the midst of the information age. Never in the history of the world (as far as we know) have we had greater more efficient access to more information. The downside to the information overload is that only some of it is true, much of it is false, and a good deal of it is only partially true. Therefore it is the individuals task (and duty) to learn how to correctly discern between truth and untruth.

History shows us, with many examples, of things that mankind once thought were absolutely true, but have since been proven false. For example, in spite of a one-time overwhelming belief, the earth is not flat. The stars do not revolve around the earth.

''Doubt is not a pleasant condition, but certainty is absurd.''
—Voltair

Mark Twain observed, ''It’s not what you don’t know that will get you into trouble, it's what you know for sure that just ain't so.''
_________________________
How to Find Truth
The more we read and watch online, the harder it becomes to tell the difference between what's real and what's fake. It's as if we know more but understand less, says philosopher Michael Patrick Lynch. In this talk, he dares us to take active steps to burst our filter bubbles and participate in the common reality that actually underpins everything.

What Other Minds Thought About Doubt and Truth

Throughout history, great inquiring minds have expressed the virtue and significance of doubting as a means to demonstrate humility and the ability to learn wisdom and accept truth, especially with an open mind and an open heart:

''Cherish your doubts, for doubt is the attendant of truth. Doubt is the key to the door of knowledge; it is the servant of discovery.  A belief which may not be questioned binds us to error, for there is incompleteness and imperfection in every belief. Doubt is the touchstone of truth; it is an acid which eats away the false. Let no one fear for the truth, that doubt may consume it; for doubt is a testing of belief. The truth stands boldly and unafraid; it is not shaken by the testing; For truth, if it be truth, arises from each testing stronger, more secure. Those that would silence doubt are filled with fear; their houses are built on shifting sands. But those who fear not doubt, and know its use, are founded on rock. They shall walk in the light of growing knowledge; the work of their hands shall endure. Therefore let us not fear doubt, but let us rejoice in its help: It is to the wise as a staff to the blind; doubt is the attendant of truth.''
–Robert Weston

''The whole problem with the world is that fools and fanatics are always so certain of themselves, but wiser men so full of doubts.''
–Bertrand Russell

Modest doubt is called the beacon of the wise.
–William Shakespeare

''Deny nothing, but doubt everything.''
–Lord Byron

''Doubt is not a pleasant condition, but certainty is absurd.''
–Voltaire

''Doubt is not the opposite of faith; it is one element of faith.''
–Paul Tillich

''The measure of intelligence is the ability to change.''
–Albert Einstein

''A mind is like a parachute. It doesn’t work if it is not open.''
–Frank Zappa

''If someone is able to show me that what I think or do is not right, I will happily change, for I seek the truth, by which no one was ever truly harmed. It is the person who continues in his self-deception and ignorance who is harmed.''
–Marcus Aurelius, Meditations

''It is a narrow mind which cannot look at a subject from various points of view.''
–George Eliot, Middlemarch

''It is never too late to give up your prejudices.''
–Henry David Thoreau

''The mind that opens to a new idea never returns to its original size.''
–Albert Einstein

''Before it is too late, go out there and find someone who, in your opinion, believes, assumes, or considers certain things very strongly and very differently from you, and just have a basic honest conversation. It will do both of you good.''
–Vera Nazarian

''No persons are more frequently wrong, than those who will not admit they are wrong.''
–François de La Rochefoucauld

''For having lived long, I have experienced many instances of being obliged, by better information or fuller consideration, to change opinions, even on important subjects, which I once thought right but found to be otherwise.''
–Benjamin Franklin

It is absolutely critical to remember that faith is defined as a hope in things that are unseen 'that are true.' If they are not true, then this type of erroneous belief cannot rightly be called 'faith.'

Let's look a several faiths to see faithful truths in each by asking a simple question:

How many Gods are there?

But it turns out that the question is not so simple. We have to define exactly what a 'god' is. We'll use this definition:


A 'god' is a living entity of some sort with a personality, who has the power to create material out of nothing, and to influence natural processes by power of its mind only.

So with that definition in hand, we could ask a group of people ''How many 'gods' are there in the Universe?''

These are probably the answers you will get:

Muslims and Jews will answer that there is only one God and that he is indivisible.

Christians will answer that a single personal God exists, who is composed of three persons in the form of a Trinity: Father, Son and Holy Spirit.

Atheists will answer none.

Agnostics will probably refuse to guess, saying that there is just no way to know.

Most Wiccans will say that there is a dual Godhead: a Goddess and a God. But some would say that only one God exists and that the Goddess and God are female and male aspects of that one God.

Most Hindus will say that there are millions of Gods and Goddesses, but that they represent different aspects of the one God.

All of these religious groups are sincere in their beliefs (truths) that they 'know' with certainty to be true. However, if we exclude that non-believers—the atheists and agnostics from this group of seven, you can see that all of these major world religions actually agree that there is but one God—one supreme being and first cause.

I will then argue that this qualification has happened because of the our desire to 'know the unfathomable', therefore we have 'split up' God into personality traits and attributes. This is very apparent in Hinduism. This is our finite mind's way of managing and trying to conquer doubt.

THE SCHOOL OF LIFE PRESENTS

What Comes After Religion?

The debate between believers and atheists usually goes nowhere. The real issue is: what should fill the gaps created by the end of widespread belief? What, if anything, should fill the God-shaped hole?
If you like our films take a look at our shop (we ship worldwide)
http://www.hodgsonfilms.tumblr.com