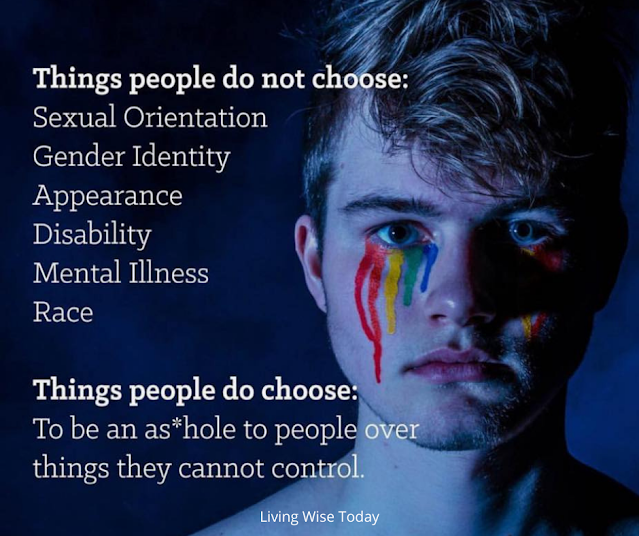 by Michael Corthell
Opinion in the absence of evidence is called prejudice. It's also called ignorance. And people who will not reason, are bigots, those who cannot, are fools, and those who dare not, are slaves to a rigid ideology.

America and indeed the human race itself have been struggling with this for a long time. The evidence of discrimination is all around us. It's in our nation's DNA...

Somebody that you, until now, would always avoid, always look down on, and always be disgusted by.

Reach your arm out and put it around them.