Fatalism: Is Free Will an Illusion? 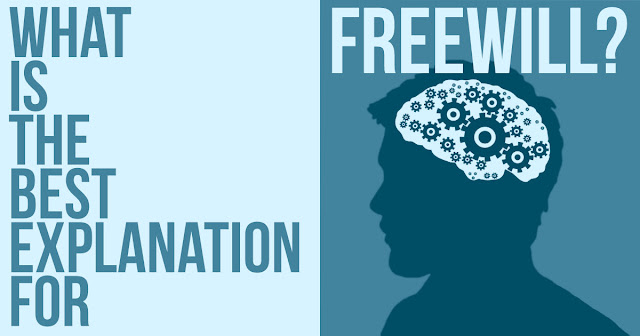 Fatalism: the belief that all events are predetermined and therefore inevitable.
by Michael Corthell

The idea of positive fatalism I can best show by example, that is, after I explain a little bit about my view of it. It is a contrary and controversial explanation using the kind of thinking, which is not unlike the logic of one of my mentors, C. S. Lewis. I call this theory, 'apparent free will', which simply means: your will for self determination is seemingly real or true, but not necessarily so. This is not a Calvinistic theory however and should not be confused with it.

The ageless and classic problem of free will is to fit in an element of freedom with fatalism and faith in a world of causes and effects, a world of events in a great causal chain. That is where ''apparent free will'' comes in. (related: Calvinism: Unconditional Election)

Man is put on Earth, to develop and grow as a divine spirit. To learn to serve God and be part of his plan. To learn these lessons in a direct, 'hands on' way in this material world. He is given a body as a vehicle to get around in this world. This body that he is born with (and his brain of course) is designed specifically for this life and its lessons. It has limitations, and defects built in genetically or the defects can be acquired. For example, Helen Keller fell ill and became blind, deaf and mute. She was taught by Anne Sullivan and in turn she taught the world hope and how to live with a positive mindset.

However, there is no free will in the sense that we decide outcomes, we only think we decide. It is not our will. We can no more override God's grand plan than hold an elephant in one hand. It is God's will. We learn by 'intention'.

Our own will and intention can never override God's because logically that would upset the entire grand scheme of things, the plan. Could you go back in time and stop Booth from going to Ford's Theater? No, you would not, because you could not, according to fatalism. God ordained Mr. Lincoln to lead America and He ordained that he be removed when his task and his lesson were completed.


This is the CORE of all positive thought.

Practically speaking, no successful life (all lives are successful by the way) could have been planned from beginning to end by any of us. What does happen is that when a human being has a deep, burning desire, he sees what is truly 'possible' and embraces his future. He receives promptings, and intuitions of what is 'possible' and gives himself totally to that future. And believes—this is where fatalism and faith come in—that it will turn out as 'dreamed', no matter what current circumstances seem to suggest. Without such a positive fatalist approach, no great achievement is possible. No printing press, no telegraph, no airplane, no Model T, no Internet, no starship.

In this world the chances of good winning out over evil, knowledge defeating ignorance, order overcoming chaos, inclusiveness and understanding being victorious over hate, and especially abundance over heartbreaking poverty seem nearly impossible. But these victories happen every single day. People just keep moving forward, driven by a passionate desire to change the world.

I can think of many examples of fatalists that I, and some would call dreamers and world changers. They are role models in practicing positive thought.

Winston Churchill’s positive belief in final victory all through World War II. or Thomas Edison’s 'knowing' that the solution to a problem would be found, or Nelson Mandela’s belief he would crush apartheid, or as mentioned above Helen Keller’s miraculous victory over limitations that could have destroyed her very soul.

To acquire a positive mindset and practice positive fatalism, the type I have outlined above, you must believe that the Universe is constructed by God to be ordered. That life follows rules and laws. You must believe and accept that God, the Infinite Intelligence is in and permeates everything and has total control, and that you have no choice but to learn your lesson according to plan.

''Have faith in God,'' says Jesus(God incarnated). This command is at the core of my positive belief system and why I teach it. He continues:

''The truth is, you can say to this mountain, ‘Go, mountain, fall into the sea.’ And if you have no doubts in your mind and believe that what you say will happen, then God will do it for you. So I tell you to ask for what you want in prayer. And if you believe that you have received those things, then they will be yours.''

FMI see ''Is Free Will an Illusion?

Questions of good and evil, right and wrong are commonly thought unanswerable by science. But Sam Harris argues that science can—and should—be an authority on moral issues, shaping human values and setting out what constitutes a good life.