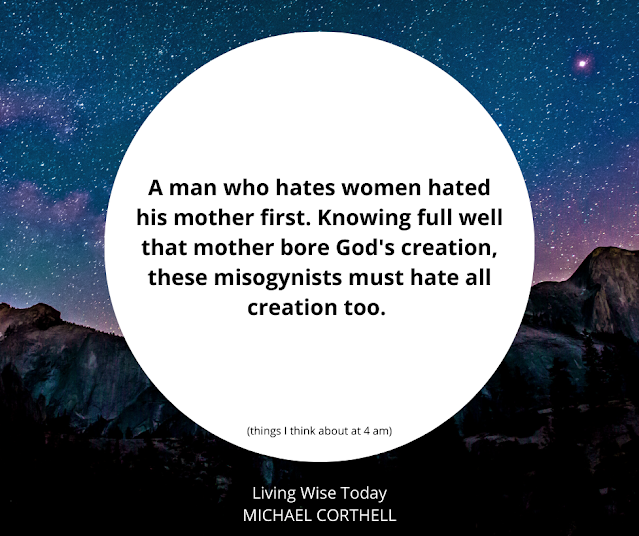 “When a man gives his opinion, he's a man.
When a woman gives her opinion, she's a bitch.”
― Bette Davis
Feminism is hated by many in our society because women are hated by many. The spirit of anti-feminism manifested in our culture is a direct expression of misogyny because it is the political defense of woman-hating itself. Don't be fooled — any objection to women's rights, such as the right to vote, educational opportunities, property rights, and access to birth control fits the definition of anti-feminism.

“...women don't have to be men's equals to be considered contenders; they have to be better. That's the lie of it all. You have to be better to prove yourself worthy of being equal.”
― Mackenzi Lee
Labels: Hatred Misogyny Sin