American Patriotism vs Nationalism: Where do you stand? 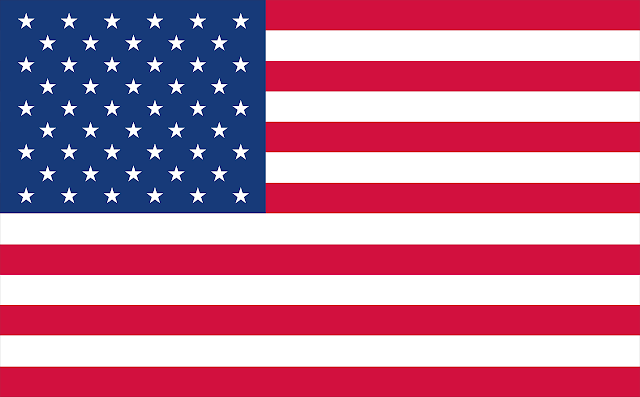 Nationalism and patriotism can be viewed as two sides of the same coin but there is a major gulf between the two.

America is an exceptional nation, I say this not because I was lucky enough to be born here. I believe that America is exceptional because of the shared values, and our willingness to help other countries share our experience by enjoying the same types freedoms written into our Constitution.

Looking at nationalism, America's strong national identity has always manifested itself in the form of patriotism. Out of many nations we make up one nation, a nation made up of cultures from every country in the world, therefore American nationalism shouldn't exist... 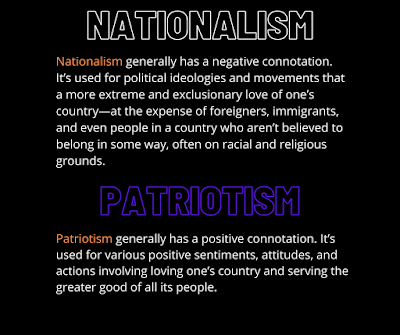 In America, we have no shared ethnic heritage. Writings from our country’s founders show men who envisioned a land made up of oppressed peoples from all the nations on Earth who were fleeing political or religious tyranny.
Today, as I write this America just survived an insurrection and is in the process of holding an impeachment trial. We are a nation in crisis. Deeply divided on matters directly related to what I am addressing here.

There is a path forward...

Patriotism and our shared American values can(and most likely will) be the path out of the malignant divisiveness that we find ourselves in at this moment in time.

All Americans must believe, and emphasize what our country stands for, we must underscore what we're about rather than focusing on our individual differences like race, religion, or whether we are Conservatives or Progressives. We must unite and support our Constitution.

Remember our motto: "E Pluribus Unum"* ''Out of Many One''

____________________
*"E Pluribus Unum" was the motto proposed for the first Great Seal of the United States by John Adams, Benjamin Franklin, and Thomas Jefferson in 1776. A Latin phrase meaning "One from many," the phrase offered a strong statement of the American determination to form a single nation from a collection of states. Over the years, "E Pluribus Unum" has also served as a reminder of America's bold attempt to make one unified nation of people from many different backgrounds and beliefs. The challenge of seeking unity while respecting diversity has played a critical role in shaping our history, our literature, and our national character.