by Michael Corthell
What do we mean by 'equality'?

Equality is about making sure that every individual has an equal opportunity to make the most of their lives and abilities.

It can be defined as the belief that no one should have lesser life chances because of the way they were born, where they come from, what they believe, or whether they have a disability.

Equality also recognizes that in the past, and up to the present day, certain groups of people with protected characteristics such as race, disability, sex, and sexual orientation have experienced discrimination. 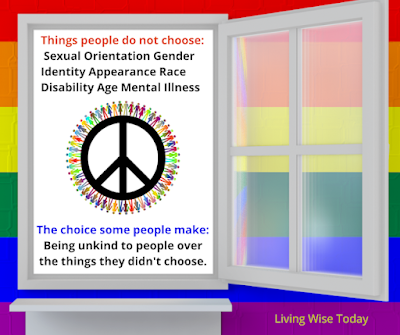 Global Unity and Equality with a Resource-Based Economy
While our present economic circumstances have helped usher in our technological potential to manage scarcity, it’s clear that this system no longer keeps pace with our ability to produce abundance. What we are confronted with now is the monetary system creating artificial scarcity in order to maintain ever-increasing profits. A Global Resource Based Economy uses the intelligent and humane application of science and technology to provide abundance for all people.
My Question to You
The above can also be applied to non-human animals as well. Do people have the right to take away the right of freedom from anyone, including animals? If you say yes, and claim the right of freedom for yourself, what does that say?
Animal Rights
Animal rights is the philosophy according to which all animals are entitled to the possession of their own lives and that their most basic interests—such as the need to avoid suffering are safeguarded.
Advocates for animal rights oppose the assignment of moral value and fundamental protections on the basis of species membership alone—an idea known as speciesism since 1970, when Richard D. Ryder adopted the term—arguing that it is a prejudice as irrational as any other. They maintain that animals should no longer be viewed as property or used as food, clothing, research subjects, entertainment, or beasts of burden. Multiple cultural traditions and belief systems around the world such as Veganism, Jainism, Taoism, Hinduism, Buddhism, Shintoism and Animism also support the adoption of animal rights.(FMI: Go to: Google)