Propaganda: The Tactic of 'Name-Calling' 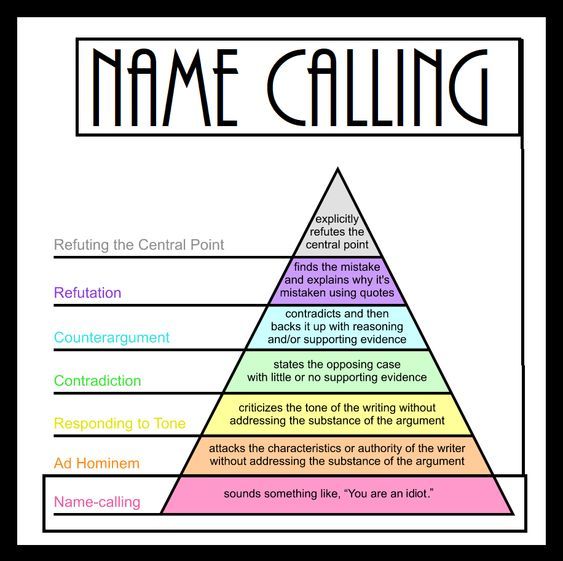 Name-Calling is a childish propaganda device that works to make us form a judgment without examining the evidence on which it should be based. Using this tactic the propagandist appeals to our hate and fear.


He does this by giving negative names and labels to those individuals, groups, nations, races, policies, practices, beliefs, and ideals which he would have us condemn and reject. For example, ''Muslims are bigots and full of hate because they supported Proposition 6'' is an attempt at Name-Calling designed to stir up hate and dull reason in individuals who have put little thought into the issue. When you start Name Calling, your argument is lost. The use of Name Calling without presentation of their essential meaning, without all their pertinent implications, comprises is the most common of all propaganda devices. 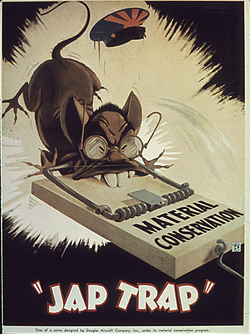 HOW IT WORKS: This propaganda poster, created by the United States in the months following the bombing of Pearl Harbor by the Japanese, is a prime example of 'name calling'. In this poster, the Japanese are derogatorily depicted as rats while the words 'Jap Trap' is prominently displayed in bold, with quotation marks, near the bottom of the poster. During World War II, many Americans used the term 'Jap' as a derogatory term to refer to the Japanese, mainly because of the word’s ability to create perfect rhyme with other words and thus, create easy to memorize slogans such as 'Let’s blast the Jap clean off the map' and 'Jap Trap.' By referring to the Japanese as 'Jap' in this poster, the propagandist aims to brew anti-Japanese sentiment among its American audience. The rat itself, with its wrinkled, hairless skin, buck teeth, and clawed hands is extremely displeasing to the eye and looks more like a vermin than a human. Coupled with the stereotypical manner the propagandist drew this poster, with its narrow eyes, black hair, circular glasses, and shriveled skin, and the slogan, 'Jap Trap,' it is hard not to associate the Japanese with a negative image after viewing this poster. The propagandist uses this extremely insulting and disgusting portrayal of the Japanese to associate the 'Japs' with a negative image of a vermin and brew hatred for their enemy among the American people, effectively devaluing them as human beings. [Associated: List of ethnic slurs by ethnicity: Link ]

Name calling propaganda occurs when complementary or defaming words are used by governments, individuals, or the media to describe another person or group. The purpose is to subliminally manipulate or influence public opinion in order to generate conformity with the opinions of those producing the propaganda.

For example, names such as terrorist or insurgent carry negative meanings to most people, leading to their prolific use in describing groups that are opposed to Western governments. Conversely, when a government wishes to praise or support a group, titles such as freedom fighter or rebel are used instead. When these names are used prolifically in media broadcasts, they could be called name calling propaganda if they're likely to influence public sentiment in the desired manner. 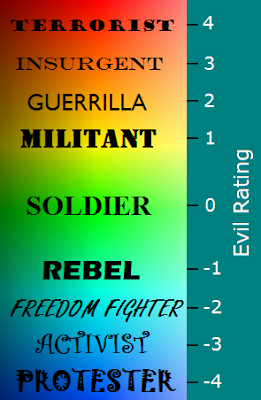 Name-calling propaganda is often used by governments and their media allies to describe foreign groups. Indeed, international news stories typically come from government press releases or media organizations with the connections, permits, and funding to operate abroad. With little chance of verification by the viewing public, international news is commonly distorted in this way to garner support for government policy. As a general rule, the further a news story is from its audience, the greater the level of propaganda.

The more a group is described in a particular way by the media (e.g. Syrian rebels) the more likely it is that media organizations have received instructions to do so. Thus, the popularity of a name often demonstrates government interference in the dissemination of information to the public.

Be informed and be wary