''Here are some people I want you to meet'' 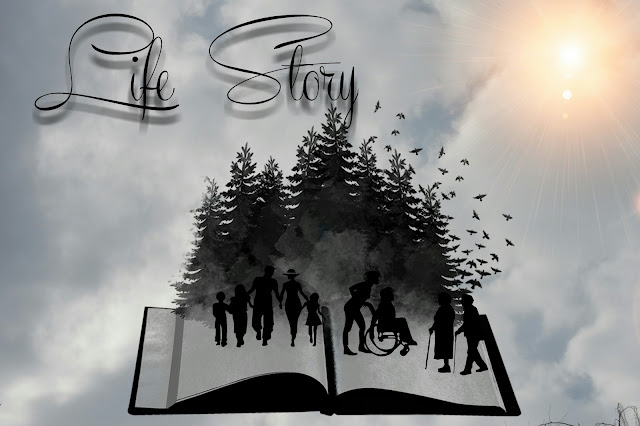 The key to a good life is keeping a positive state of mind and one of the best ways to keep positive is to surround yourself with positive people. ''I don't have many positive people in my life,'' you say. I say, ''Yes you do!'' And I know where they are. They are all at your library or on You Tube.

When you read books that inspire, books about positive people, you are, in effect, surrounded by them. These great people, most of whom have gone through many very difficult trials in life, will encourage and motivate you. It doesn't really matter if you think you know about them. Read and study their lives. The one major thing they have in common? They all had a 'can-do' attitude toward life. They took POSITIVE ACTION and believed that all would be well.

What really matters most is that you continually feed your mind positive and inspirational information and concepts. The more time you can spend in the positive zone, the better.

Helen Keller
''Struck both deaf and blind at nineteen months by a raging brain fever, Helen Keller might have been consigned to an anonymous life in an asylum but for her own native intelligence and a resourceful mother, who had her examined by Alexander Graham Bell and other experts.  They sent Anne Sullivan, a graduate of Perkins School for the Blind, to Keller’s Alabama home to act as a governess for seven-year-old Helen.  Ever after called ''Teacher,'' Sullivan would remain with Keller for the rest of her life.''
_______________________

Norman Vincent Peale
Born on May 31, 1898, in Bowersville, Ohio, Norman Vincent Peale went on to serve as a Methodist clergyman who would later join the Dutch Reformed Church. He gathered a large following with his preaching style, sharing radio and TV sermons and editing the popular periodical Guideposts, which went on to spawn an entire philanthropic organization. His book The Power of Positive Thinking became a huge best-seller. He died on December 24, 1993, in Pawling, New York
_________________


Audrey Hepburn
One of Hollywood’s most beloved and iconic actresses of the 20th century, Audrey Hepburn was revered for both her acting skills and her philanthropic efforts as a UNICEF ambassador following her unofficial retirement from acting, making her one of the most notable female role models. With a life devoted to kindness and compassion, Audrey devoted herself to being a mother, a wife, and a humanitarian, something admirable and inspirational.
_______________________


Abraham Lincoln
Abraham Lincoln is regarded as one of America's greatest heroes due to both his incredible impact on the nation and his unique appeal. His is a remarkable story of the rise from humble beginnings to achieve the highest office in the land; then, a sudden and tragic death at a time when his country needed him most to complete the great task remaining before the nation. Lincoln's distinctively human and humane personality and historical role as savior of the Union and emancipator of the slaves creates a legacy that endures. His eloquence of democracy and his insistence that the Union was worth saving embody the ideals of self-government that all nations strive to achieve.
________________


Maya Angelou
One of the world’s greatest poets and a beloved friend of the Obamas and Oprah alike, Maya Angelou was one of the most important examples of fantastic female role models. Quietly powerful, strong, and forceful, Angelou changed a generation and subsequent generations with her poetry and writing, speaking from a lifetime full of highs and lows, and with a quiet, warm spirituality that has made her a go-to heroine and poet for all.

Shawn Achor is the winner of over a dozen distinguished teaching awards at Harvard University, where he delivered lectures on positive psychology in the most popular class at Harvard. His research and lectures on happiness and human potential have received attention in The New York Times, Boston Globe, The Wall Street Journal, as well as on NPR and CNN Radio, and he travels around the United States and Europe giving talks on positive psychology to Fortune 500 corporations, schools, and non-profit organizations.