[Extraterrestrial] We are aliens too 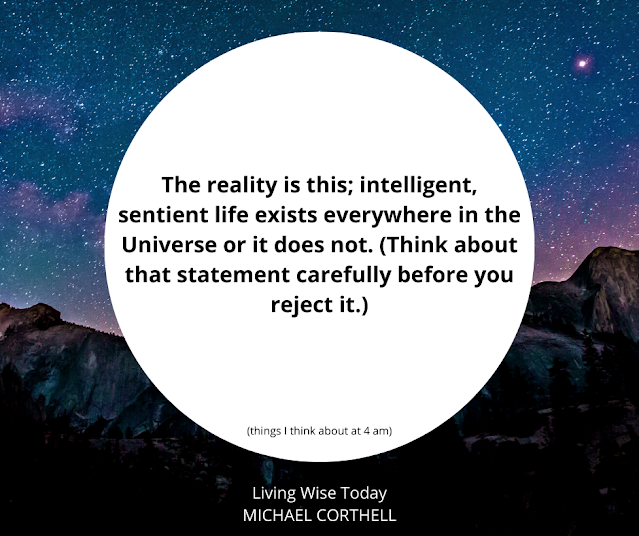 “To my way of thinking, there is every bit as much evidence for the
existence of UFOs as there is for the existence of God. Probably far
more.
At least in the case of UFOs there have been countless taped
and filmed and, by the way, unexplained sightings from all over the
world, along with documented radar evidence seen by experienced
military and civilian radar operators.”
― George Carlin
Humanoid species do not exist elsewhere in the Universe, that is, unless they developed on a near perfect earth-like planet.... so be prepared, it won't be like Star Trek and Star Wars pilgrim.

“Don't you believe in flying saucers, they ask me? Don't you believe in telepathy? — in ancient astronauts? — in the Bermuda triangle? — in life after death? No, I reply. No, no, no, no, and again no.One person recently, goaded into desperation by the litany of unrelieved negation, burst out "Don't you believe in anything?"
Yes", I said. "I believe in evidence.
I believe in observation, measurement, and reasoning, confirmed by independent observers.
I'll believe anything, no matter how wild and ridiculous, if there is evidence for it. The wilder and more ridiculous something is, however, the firmer and more solid the evidence will have to be.”
― Isaac Asimov
Labels: alien life extraterrestrial UAPs UFOs