What Does 'Human Dominion' Mean? 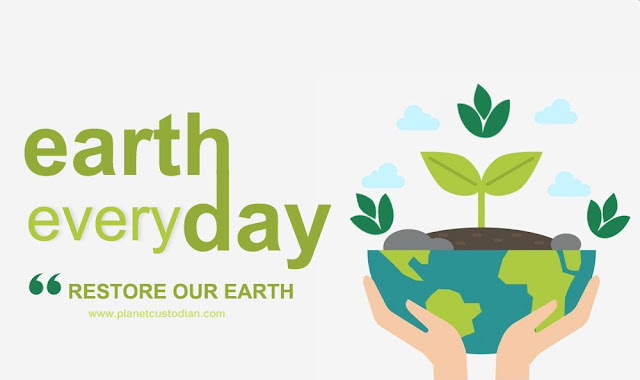 (PlanetCustodian)
Michael Corthell for The Vegan Project
It now looks like the bible was indeed correct, saying in Genesis that Adam and Eve held dominion over "every living thing," over beasts as unmanageable as lions and whales, and forces as terrifying as plague, famine, and drought. Now, thousands of years later, some of the world's most respected scientists are saying that this dominion is now complete.
Human activities have had so much impact that we have become a "force of nature" as a species.

Humans are transforming the land, the water, and even the atmosphere of Earth more rapidly and at a greater scale than at any time in our history. We must take action to slow the pace of that change by using resources more sustainably. Hence our support for a global Resource-Based Economy.

In a very real sense, the future of all life on Earth is in our hands. Our dominance of all other species on Earth means that we cannot escape the responsibility of managing this planet. We have upset the ecological balance and we must fix it.

Every species modifies its environment. When it comes to humanity's impact, most people think of "human-dominated ecosystems" in terms of plowed fields, harvested forests, and urban landscapes. It is much more than any of those things. Now that term applies to the entirety of the planet. Most ecosystems are dominated directly by humankind, with no ecosystem on the planet being entirely free of our influence.

We tend to think of the 'forces of nature' as being natural disasters like volcanoes, floods, or hurricanes only, but just by our sheer numbers and our technical capabilities, we humans have become a force of nature as well. It has happened relatively quickly, and it already has resulted in unintended, and major consequences.
We have exacerbated normal climate change by our actions, we are the dominant species, we must clean up our mess. The world's future is literally in our own hands.
If you are interested in helping, please visit Resourceism: Our World Shared for more information.