What is Divine Oneness? 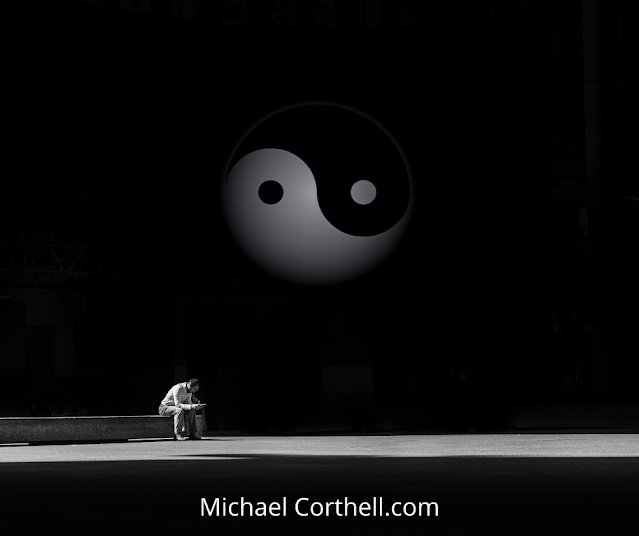 The One has two sides. Yin and yang is a Chinese philosophical concept that describes how obviously opposite or contrary forces may actually be complementary, interconnected, and interdependent in the natural world, and how they may give rise to each other as they interrelate to one another.
by Michael Corthell
The Law of Divine Oneness is the first universal law. All others stem from it.
This law postulates that we are all connected throughout all creation. Every bit of matter is connected in some way, shape, or form to the rest of the universe. There is no separation, all is in one and one is in all.

That means that everything we do has an influencing effect and affects all—not just us personally. We must remember that our actions both matter and make a difference to all and The All.
This law is the basis for humankind's embrace of The Golden Rule
It is the principle of treating others as one wants to be treated. It is a maxim that is found in most religions and cultures. It can be considered an ethic of reciprocity in some religions, although different religions treat it differently.

The maxim may appear as a positive or negative injunction governing conduct:
For a more in-depth study I recommend this essay:
''The Golden Rule''
The most familiar version of the Golden Rule says, “Do unto others as you would have them do unto you.” Moral philosophy has barely taken notice of the golden rule in its own terms despite the rule’s prominence in commonsense ethics. This article approaches the rule, therefore, through the rubric of building its philosophy or clearing a path for such construction. The approach reworks common belief rather than elaborating an abstracted conception of the rule’s logic. Working “bottom-up” in this way builds on social experience with the rule and allows us to clear up its long-standing misinterpretations. With those misconceptions go many of the rule’s criticisms. Full Article
_______________________________
What is Oneness? | A Life-Changing Explanation of Non-Duality
This video is about Oneness/Non-duality and its implications. Oneness/non-duality say that the only boundaries, in reality, are created in the mind. The universe as a whole is just one single, gigantic, organism and what we experience as individual humans is just a single piece of the cosmic puzzle. Our egos make distinctions among different things: Self vs not-self, right vs wrong, black vs white, table vs not table, etc. This is duality, and we experience the world in everyday life through dualities because our ego must compose an identity in order to survive, so it must differentiate itself from everything else. However, the ego can be a deceiving mechanism, and cause one to miss the whole point: That we are all One. All of us on Earth are in the same boat. We've found ourselves in a human body in a far from perfect world. The reason we are not living in harmony and progressing as well as we should is because of the boundary the ego puts up. The ego only cares about what it needs, and it's time we expand our identity to include EVERYTHING because that's what we are. Turning inwards and getting into spirituality, as well as using psychedelic substances safely are great ways to start transcending the ego.
Labels: connected universe golden rule Oneness Quantum Universe