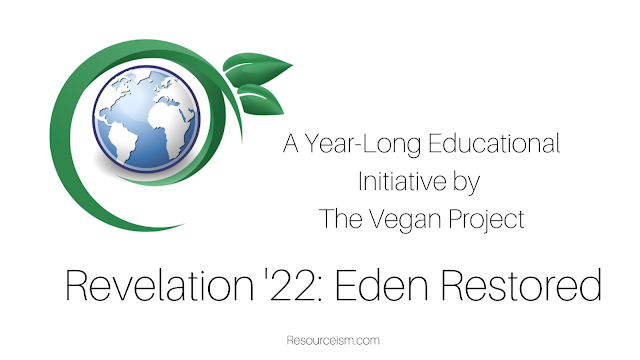 The first exercise in ''Revelation '22 Eden Restored'' is to read and then discuss the 1972 book "The Limits to Growth''. <<You can download it free and/or buy the update >> ''Limits to Growth: The 30-Year Update'' (we do not have a stake in the sale, in fact, The Vegan Project never asks for or accepts money).
The Exercise
SUMMARY
Published 1972 – The message of this book still holds today: The earth’s interlocking resources – the global system of nature in which we all live – probably cannot support present rates of economic and population growth much beyond the year 2100, if that long, even with advanced technology. In the summer of 1970, an international team of researchers at the Massachusetts Institute of Technology began a study of the implications of continued worldwide growth. They examined the five basic factors that determine and, in their interactions, ultimately limit growth on this planet-population increase, agricultural production, nonrenewable resource depletion, industrial output, and pollution generation. The MIT team fed data on these five factors into a global computer model and then tested the behavior of the model under several sets of assumptions to determine alternative patterns for mankind’s future. The Limits to Growth is the nontechnical report of their findings. The book contains a message of hope, as well: Man can create a society in which he can live indefinitely on earth if he imposes limits on himself and his production of material goods to achieve a state of global equilibrium with population and production in carefully selected balance.
[We believe that in order to achieve this a pairing of Veganism and Resourceism is necessary]

Original 1973 film about civilization collapse on schedule in 2020

The Origin of "Limits to Growth" - Interview with Dennis Meadows

How to bring peace and property to our planet is the central theme of The Village Vegan's year-long educational initiative, ''Revelation '22 Eden Restored''

Resourcesim is the belief or ideology that all of the Earth's resources are the common inheritance of all the world's people and should be shared equally for the benefit of all the Earth's inhabitants. Resourceism is the foundational belief of a resource-based economy.

Nearly all of human civilization's problems; War, Poverty, Crime, Famine, and now the Global Climate Crisis had their genesis with the subjugation and abuse of animals through their domestication. The domestication of animals also begat the concept of private land ownership and the social agreement we call 'money', as well as every market system including Capitalism.

In a Resource-Based Economy all goods and services are available to all people without the need for means of exchange such as money, credits, barter or any other means. For this to be achieved, all resources must be declared as the common heritage of all Earth’s inhabitants. Equipped with the latest scientific and technological marvels, humankind could reach extremely high productivity levels and create an abundance of resources. Resource-Based Economy concerns itself with three main factors, namely Environmental, Technological and Human.

Veganism, like resourceism, is an ideology or a belief system. Veganism is a social justice issue. Vegans do not consume or use anything from animals(as far as is practicable, practical, and possible). We also do not participate in any form of animal exploitation or cruelty. Vegans support and advocate for the rights of all non-human and human animals. Vegans are also de facto environmentalists.
Unknown Catalyst A catalyst is a person or thing that precipitates an event. For true world peace to be achieved, near-global unity must also be achieved. In order for resourceism and veganism to be effective forces in bringing this about, there must first be fertile ground laid for their acceptance. What is 'fertile ground'? Below are some possible scenarios. I don't favor one over the other without more study.
TOPIC
For discussion, please choose the catalyst or motivator below, (listed in no particular order), that you think is most viable in your view. Post your choice in the comments section on the Facebook post or other platform.
Thank you for your participation. You are welcome to email me with comments and suggestions at mike.corthell@outlook.com or simply direct message me on The Village Vegan Facebook page.
Labels: Resource Based Economy resourceism