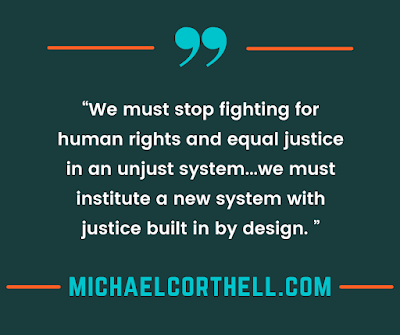 Money is only important in a society when certain resources for survival must be rationed and the people accept money as an exchange medium for the scarce resources. Money is a social convention, an agreement if you will. It is neither a natural resource nor does it represent one. It is not necessary for survival unless we have been conditioned to accept it as such....

When futurists refer to ‘resource-based economics’ today, in a post-industrial context, they’re usually talking about systems where global resources are managed rather like municipal utilities, and as a result currencies become redundant. No one ‘owns’ water. Communities create facilities for its collection and distribution as a public utility. Imagine that all resources and many commodities were treated this same way and you have part of the picture of what a resource-based economy means.

Such systems are anticipated to evolve from global digital networked market systems that become ‘commoditized’ by the trends in decentralization of production. In other words, because production is local, markets stop trading in finished products and labor and start dealing in a broad spectrum of commodities in increasingly fractionalized unit volumes evolving toward just the Periodic Table plus energy. Soon they become so efficient -as commodities markets tend to if left to their own devices- that they come to ‘know’ in an algorithmic sense the full extent of world resources and demand and their respective cycles and ‘bandwidth’, eliminate currency as a metric of market values by allowing resource values to be indexed relative to each other, and eliminate profit and speculation by compelling capitulation (the tendency of participants in a market to conform collectively to its trends) and driving the market toward equilibrium. At this point the system stops being a market for resources and commodities and becomes an Internet (an open-Internet) for them instead, compelling the relinquishing of individual control of resources and the management of their exploitation to the system itself as a world utility driven by demand. The result is a money-less society where all resources are free, within reason, and distributed automatically in response to demand. This is what futurist Jacque Fresco has dubbed Cybernation; world resources managed as a global societal commons by a demand-driven computer-based world utility. MORE
Labels: Resource Based Economy resourceism