Why There Is No Perfection in this World or Any Other 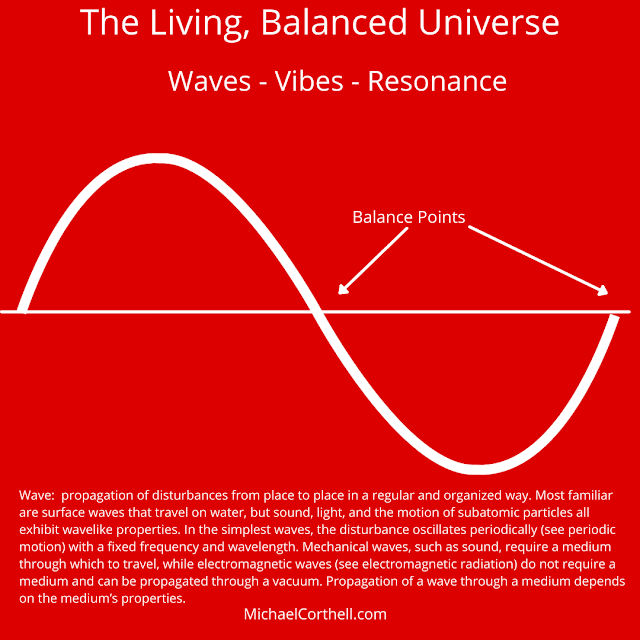 The nature of the Universe is not about perfection, it does not seek that, it only seeks balance, and in that way, it produces the spirit of life and the power of existence.

by Michael Corthell
I'm not a mathematician so when I try to make sense of how the Universe operates I think in practical terms and picture images like the one I've created above. Don't get me wrong, I do understand Einstein's equation E+MC2 but I can't explain it to someone else and prove it using a mathematical formula, just as I can't explain a great song by singing it since I don't have that talent, I'm tone-deaf.
“Nothing happens until something moves. When something vibrates, the electrons of the entire universe resonate with it. Everything is connected. The greatest tragedy of human existence is the illusion of separateness.”
― Albert Einstein
So then this is how I'm going to explain the non-perfection of our daily lives and the life that is the Universe.
The Universe is alive and vibrating. It is a living, breathing organism. It is like the human body or anything living; it seeks homeostasis or the same state in order to balance its existence and maintain life.
The One(the Universe) also likes symmetry like the shape of a galaxy, sun, or the human body ― balance, order, and regularity.

Nothing is permanent or perfect, except change

The Universe, like us, can never achieve a perfect state of balance(perfection) because things, processes, and functions are always moving and ever-changing, all our 'nows' are impermanent(and eternal too!).
Impermanence or change and our acknowledgment of it is the first prerequisite for happiness and life satisfaction by the way.

It's all about vibration or oscillation

The balance points illustrated in the graph above can also be called the ying-yang points of the wave or where the shifting, push-pull, up-down, in-out, or the off-on, black/white or digital point is. We might call it the oscillation or vibe point also. This is where all the 'magic' happens.
This point is the place of directional shift. We can think of it as the swing point of a pendulum, a point where energy is manifested as heat but imperceptively. It's directional friction. But to truly demonstrate this, we can take a wire like a metal coat hanger and rapidly bend it back and forth thus producing heat at the bend point. (don't touch it, it's hot!)

Returning to the big picture; the Universe breathes in a very long interval or vibratory cycle. That is to say, a breath starts at the 'big bang' and expands over the course of billions of years until it reaches its gravitational equilibrium then starts its multi-billion-year descent back to a singularity and explodes again in another out-breath or big bang.

The Matter of Energy 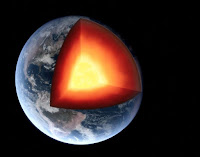 Now to the micro and the vibration of gravitational waves. Gravitation causes matter to attract to itself and clump. As more and more matter accumulates gravitational waves vibrate at a higher and higher frequency and the stuff gets hotter and hotter. For instance, you may have read that the Earth has a core of molten rock and iron. This is why.

The Energy of Matter 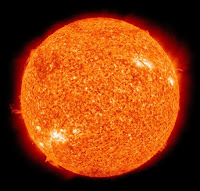 Star formation is like this as well. Hydrogen, which is the simplest of all the elements having one electron and one proton, starts to clump together in space. As it gains more and more atoms it gets heavier and heavier. I first visualized this process when I was making a snowball, squeezing it tighter and tighter making it more compact. Once there is enough hydrogen packed together the gravitational waves are vibrating at such a high rate enough heat is produced to fuse the hydrogen atoms together to form another element helium(H4 group) which produces a very high volume of energy.

Getting Down to It 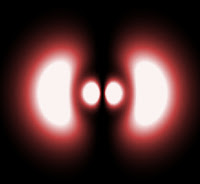 Subatomic particles vibrate too of course. The individual particles of vibration described by quantum mechanics are also associated with heat. For instance, an electron is partially particle-like and partially wave-like but is really something more complex, that it is neither a simple wave nor a simple particle it is both. The electron is described by the smart guys as a probabilistic quantum wavefunction, which spreads out through space and vibrates, but in such a way that it still has certain discrete properties such as mass. This got too complex. Go here for a more long-winded explanation.

To recap. Nothing can be perfect because nothing can standstill(for long). the Universe itself breathes at a rate in a 'billions of years' vibratory cycle. The vibration of hydrogen manufactures suns and subatomic particles do the vibrato as well causing everything to be interconnected and communicating.
It's all about the waves, or the vibes man, so when you stand out under the starry sky, wave because the Universe is always waving back!

We may be beginning to understand the why and how of it!
When you take stock of what's in the Universe on the largest scales, only one force matters: gravitation. While the nuclear and electromagnetic forces that exist between particles are many, many orders of magnitude stronger than the gravitational force, they cannot compete on the largest cosmic scales. The Universe is electrically neutral, with one electron to cancel out the charge of every proton in the Universe, and the nuclear forces are extremely short-range, failing to extend beyond the scale of an atomic nucleus.

When it comes to the Universe as a whole, only gravitation matters. The Universe expands at the rate it does throughout its history — and not at a different one — for two reasons alone: our laws of gravity and all the forms of energy that exist in the Universe. If things were slightly different from how they actually are, we wouldn't exist. Here's the science of why. MORE