What If There Was A Nuclear War Between the US and Russia? | Why Were Nuclear Weapons Developed? 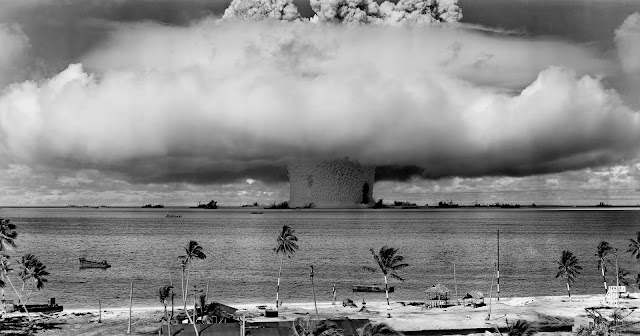 Underwater test of a nuclear weapon circa 1950
by Michael Corthell

General Douglas MacArthur said in his 1961 address to the Philippines Congress: "You will say at once that, although the abolition of war has been the dream of man for centuries, every proposition to that end has been promptly discarded as impossible and fantastic. But that was before the science of the past decade made mass destruction a reality. The argument then was along spiritual and moral lines, and lost. But now the tremendous evolution of nuclear and other potentials of destruction has suddenly taken the problem away from its primary consideration as a moral and spiritual question and brought it abreast of scientific realism."

Why were nuclear weapons developed? This is the official line:
President Harry Truman authorized the use of two atom bombs in an effort to bring about Japan’s quick surrender in the Second World War and thereby save lives. In the days following the bombings, Japan did in fact surrender. The Manhattan Project was the U.S. government's program during World War II that developed and built these first atomic bombs. Why? The answer is fear generated by the instinct of self-preservation. The very same reason many people have guns. But in the case of nuclear weapons protection turned into a horror of unrestrained killing and enslavement of people. More on this below. 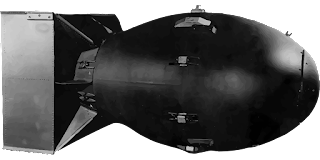 So how many died as a result of the atomic bombs dropped on Hiroshima and Nagasaki?

''The United States military estimated that around 70,000 people died at Hiroshima, though later independent estimates argued that the actual number was 140,000 dead with another at 70,000 Nagasaki.'' So, 210,000 people.

By trying to save lives by shortening the Second World War humanity effectively entrapped itself in a never-ending doomsday scenario where a nuclear-armed nation can invade a sovereign, democratic nation as we now see in Ukraine in 2022. Any nuclear-armed nation can hold every single life on Earth hostage to its demands. Humankind has effectively straitjacketed itself.

This is my take on why they (and all weapons) are developed: 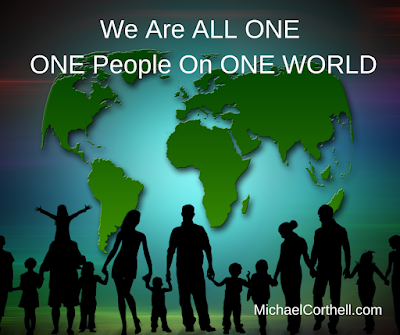 The long-term solution to war, as well as, poverty, and famine.

Why a new economic system and why veganism?

Nearly all of human civilization's problems; War, Poverty, Crime, Famine, and now the Global Climate Crisis had their genesis with the subjugation and abuse of animals through their domestication. The domestication of animals also begat the concept of private land ownership and the social agreement we call 'money', as well as every market system including Capitalism.

Humanity therefore must reverse course by transitioning to a global resource-based economic system as well as rejecting the use of animals for food, clothing, entertainment, or medical testing.

By eliminating the corrupting influence of money, establishing the sharing of all the Earth's resources as well as removing the moral bankruptcy of abusing and killing innocent creatures we have a good chance of saving our civilization.

What If There Was A Nuclear War Between the US and Russia?

It's not unrealistic to imagine a scenario where Russia and the United States went head to head, flexing their nuclear power, but how likely is that scenario to happen in the future? In today's educational animated video we are looking at the potential for an all-out war between Russia and the USA.
Labels: animal rights nuclear war nuclear weapons Resource Based Economy resourceism veganism