How We Were All Conditioned to Worry About the Future 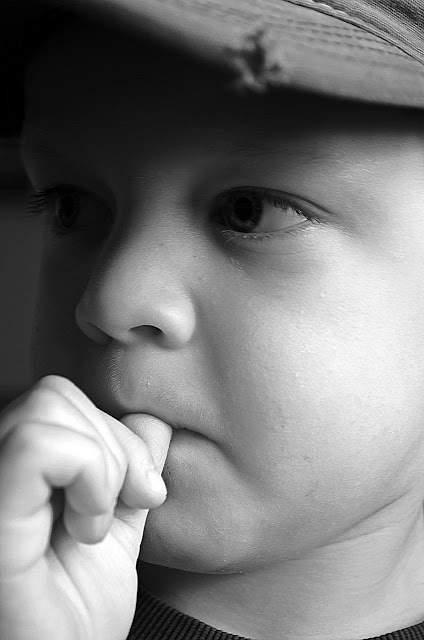 ''There is too much 'go-go-go' and not enough just 'sit and be', especially in the western world, a culture that has created a population of stressed-out neurotics both chasing and at the same time dreading their collective futures.''

''We have an absolutely extraordinary attitude in our culture, and in various other cultures, high civilizations, toward the new member of human society. Instead of saying frankly to children, "How do you do? Welcome to the human race!" we are playing a game and we are playing by the following rules: we want to tell you what the rules are so that you know your way around, and when you understood what rules we are playing by when you get older, you may be able to invent better ones.

But instead of that, we still retain an attitude to the child that he is on probation; he is not really a human being, he is a candidate for humanity. And in just this way, we have a whole system of preparation of the child for life which always is preparation and never actually gets there. In other words, we have a system of schooling that starts with grades. And we get it always preparing for something that’s going to happen.'' —Alan Watts

Expanding a bit on what Professor Watts said above this is my take.
From the beginning, we have been conditioned with a defective sense of identity. We have been conditioned in such a way that gave us a life problem that couldn't be sorted out and solved. That instilled a kind of permanent frustration with being in the present only.

Therefore everything we hoped for was postponed to the future with every happiness, achievement, and fulfillment somewhere 'out there' in the mists of time.

The sad result of this is that every person lives, and has been educated to live in the future (or the past) having not been taught to live in today or the present moment, which is as we know the true eternity— the eternal Now.

I am definitely not suggesting that we should all say, “Let us eat, drink and be merry only for today because tomorrow we die” and not plan our futures. What I am saying is that making plans for the future is of no use to people who are incapable of living completely in the present because they will simply worry more and more about getting to that future.
There is too much 'go-go-go' and not enough just 'sit and be', especially in the western world, a culture that has created a population of stressed-out neurotics both chasing and at the same time dreading their collective futures.
For a more complete explanation, I highly recommend the following video where Alan Watts says he doesn't want to sell you on Zen Buddism but does a darn good job doing so! Enjoy.
_____________________
Alan Watts - A Phony Sense of Identity
Alan Watts talks about identity and Zen Buddhism. Alan Watts is a British philosopher, writer and speaker known for interpreting and popularizing Buddhism, Taoism, and Hinduism for a Western audience. He is subsequently one of my favorite lecturers of all time. I hope you will enjoy this video where Alan talks about the sense of identity in every human.
(also see ZEN BUDDHISM(1947) by Alan Watts)
Labels: aln watts conditioning eternal now future michael corthell