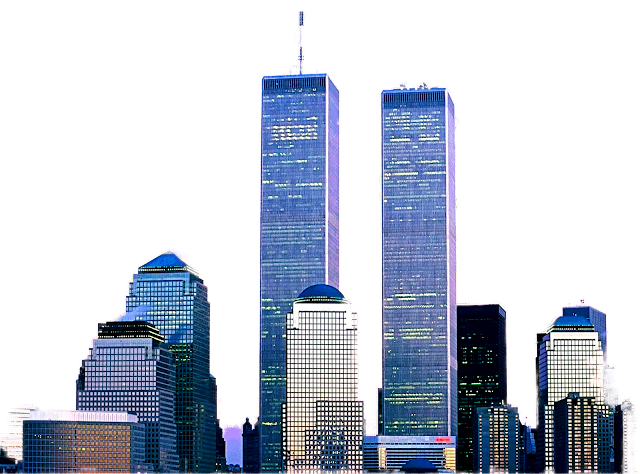 by Michael Corthell
Before the Twin Towers existed, they existed in the thoughts and imagination of one human being, Minoru Yamasaki. Their ceasing to exist was also caused by the thought and imagination of one person, Osma bin Laden. Thoughts become actions and also become things. The secret of all causation is imaginal thought. After all, everything in the Universe and indeed the Universe itself began with a thought and then the statement, ''Let there be light(quantum energy)!

Our Thoughts Become Things and States of Being

Our thoughts don't belong to us, not really. They come from the infinite intelligence and imagination of God -- the one and only *God that resides inside us.
Imagination is part of the subconscious mind, part of a person's subconscious programming. Some, like the late Neville Goddard, say that our imagination is God. I tend to agree because the author and finisher of all creation is indeed God.
What we think about is what we become. These thoughts influence our perception and reality. When we observe something within the mind, that thought if it is believed to be real immediately begins the process of being created into physical form through the faculty of the subconscious mind. However, we don’t create anything that’s new and doesn’t exist already in the physical Universe.

God the Creator of the Quantum Universe

When our mind goes anywhere within our imagination, it's tapping into the Infinite Intellegence of God. To create a thing is only a matter of observing something in our mind's eye, truly believing it already exists(with repetition) and it is then brought forth into the physical world.

When we think of something, in particular, we are automatically holding in our mind's eye an image of what we're thinking about. During this process, we are subconsciously activating quantum energy within us to create exactly what we see in our minds.
These quanta have an awareness of themselves, of being observed, and start to behave according to our own state of consciousness. This theory is called ''the observer effect'' and is postulated in quantum theory.
This means that our thoughts affect reality immediately and further deepen to become physical reality as we repeat our desired outcome according to the image we hold in our minds.
Quantum theory has shown that one simple thought can have a compounding effect on us, causing the observer to feel a certain emotion and therefore affect the cells of the body having an effect on the physical quantum field itself. Repetitive thoughts also create further 'mind programming' and subconscious beliefs that also, in turn, impact the field and the physical world. (also see: mind over matter)

If we can fully believe that thoughts become physical reality, we then can see the importance of feeding our minds only positive, desirable thoughts and images. The more we practice this, and the more success we have, we understand that we are programming our minds in a new way that will mirror that new reality.
Our imaginative thoughts are part of all creation and therefore must be used ethically and wisely, since how we think can affect other people's lives, as well.
For example, when many people in the world are thinking with a similar negative thought pattern, it creates a reality that is compounding manifesting even more of that same negative energy. Extrapolate that on a global scale and the aggregate can have a massive impact on the social conditioning of our world.
Therefore, we should become very mindful of guarding our thoughts by being mindful of them in order to slow down and ultimately remove negative thoughts and destructive desires.
That old saying is indeed true, ''What you can see in your mind, is what you can hold in your hand''.
Mighty skyscrapers came to be by first imagining them, entire global empires as well. Is it time to think about a new and more equitable, peaceful world?
*regarding the nature of God see this
____________________

In the video below the late Neville Goddard explains, by way of example, the true stories of ordinary people who have had spectacular success manifesting their wishes and desires. It is both fascinating and powerful. Enjoy!
Labels: Imagination neville goddard thoughts become things twin tower