What Makes People Go Wrong: The Only Thing Necessary... 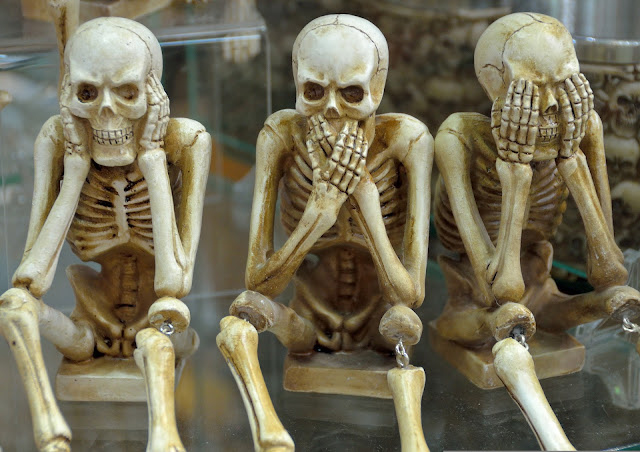 ''The only thing necessary for evil to triumph is for good men to do nothing.''
- Edmund Burke
by Michael Corthell
There is a time when the good amongst us must stand up for what’s right, even when it's risky, but that moment usually comes only after evil has already been well entrenched and has become widespread.
Countering evil may be an essential thing, but it isn’t the first problem. The real problem is that it matters only after countless mistakes have already been made. And if those first mistakes had not been made, great fights against evil just wouldn’t be necessary.
People do end up supporting evil sometimes because they don’t want to make up their minds at all - they don't want to think. They desire safety, they want to avoid criticism and vulnerability, so they hold to the middle of the road to avoid all risks.
The majority wouldn’t initiate murders by themselves, I truly believe that, but in the name of duty, loyalty, unity, and/or the greater good, they cooperate with evil and give it their strength. Each plays a small part and none of them stretches so far that they’d have to contemplate the final effects of their actions.
In the 20th century, however, the actions of such middle-of-the-road people led directly to the murders of over 250 million people. And they did this precisely by avoiding decisions… by merely obeying and not thinking it through.
______________
The Psychology of Evil
Philip Zimbardo knows how easy it is for nice people to turn bad. In this talk, he shares insights and graphic unseen photos from the Abu Ghraib trials. Then he talks about the flip side: how easy it is to be a hero, and how we can rise to the challenge.
Labels: Evil Good psychology