Forget About the Fear of Death 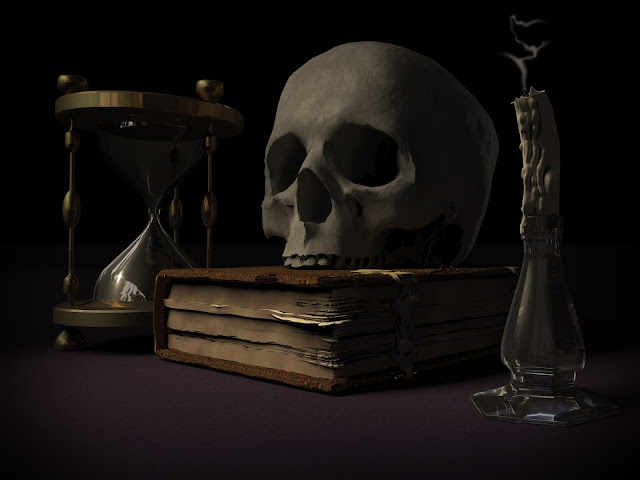 I've saved the 'best' for last, in this series on phobias and how to overcome them. How to conquer the fear of death or Thanatophobia. The fear of death can suck the life right out of you.

The American Psychological Association says that officially there are 100 phobias, but there are actually more than 500 of them in existence them according to medical literature. Thanatophobia, the fear of kicking the bucket(rightly fear of the dying process) is one of them.

''The fear of death follows from the fear of life.
A man who lives fully is prepared to die at any time.''
—Mark Twain

The fear of death is one of the major fears we all have. It can be so intense, that in many cases it becomes debilitating — it ruins the person's ability to enjoy life. It is the second greatest fear just behind poverty. It is my contention is that the two fears are basically one and the same because in our minds we equate lack of money with death — the inability to live. For example, we say ''Earning a living.''

How do most people cope with this fear? Denial of it mostly. Let's look at some steps that will help kill the fear of death.

Think about death and write down your feelings. The first step in overcoming any fear, or any perceived evil thing, is to expose it by shining a light on it — the light of truth. Think about it. Imagine it. Is death the 'great unimaginable'? Death is the transformation our living bodies back into the non-corporeal dimension from which they initially emerged. Back to spirit form. But we are not quite sure that it is the 'reversal of birth', so hence the fear of it.

Accept that we all deny what is unacceptable or uncomfortable. When reality hits us, we bargain with life. It is a stage in all fears, just as Swiss psychiatrist Elisabeth Keebler-Ross stated her 1969 book, On Death and Dying. Ultimately, this is the key to crushing this phobia.

Allow your anger to be expressed constructively. Most of us enjoy our lives, no matter how difficult that life may actually be. We have attachments to the people we love and we get really pissy if we think we are going to lose them. Breaking bonds can anger us (scare us). Writing about the feelings and talking about them will help you.

Allow yourself to bargain a bit. We all do it, ''If I donate my time to helping this cause, will you let me live a little longer God?'' or for someone else's departure: "I'd give everything I have to have her back." Or: "If only she'd come back to life, I'd promise to stop lying.'' People facing serious trauma often bargain or seek compromise. It's normal.

Allow (briefly) the inevitable depression that comes to be a time of reflection. In depression we turn our thoughts inward to analyze how we feel. This too is normal. The key is not wallowing in it and turning to self-pity for the purpose of attracting comfort which will burden those who love us. A visit with depression analysis should be a short stay.

Accept and embrace your mortality. There is a 100% death rate for all physical life. You may as well know and understand that fact by driving the thought deep into your soul. Our material world is finite. In fact, the whole Universe will 'die' one day, collapsing back into a single point or singularity —only to explode back into being, re-creating itself. If the Universe does it, are we, who are part of it any different?

The best way to conquer the fear of death is to live your life fully, thinking in (and drinking in) a spirit of abundance, with positivity and hope.

Ralph Waldo Emerson put it this way, ''It is the secret of the world that all things subsist and do not die, but retire a little from sight and afterward return again.''

Fear of Death - Alan Watts
“Without birth and death, and without the perpetual transmutation of all the forms of life, the world would be static, rhythm-less, undancing, mummified.”
– Alan Watts.