How Can I Alter My Genetic Blueprint for Better Health? 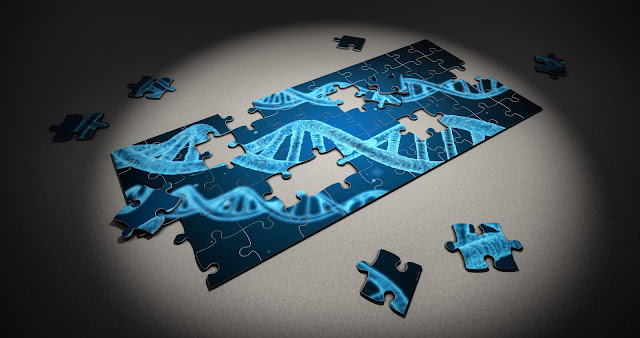 It is now being realized that our genetic blueprint, or DNA map, the molecular protein structure that carries traits from one generation to another can be changed during a our lifetime. New research in genetics and epigenetics (literally: "control above the genes'') is showing that everything we do and experience can affect this structure, which, in turn, impacts our present health and the health of our posterity.

''Our own genomes carry the story of evolution, written in DNA,
the language of molecular genetics, and the narrative is unmistakable.''
—Kenneth R. Miller

What is this all about? It's called gene 'expression'. Concerning people, to 'express', is to talk, to communicate. At the cellular level, a similar kind of communication, 'expression' happens. There is a very important argument to be made that anything and maybe everything we do or any at large environmental event has the potential to cause changes in gene expression researchers according to this new research.

WHAT IS EPIGENETICS?
Epigenetics is an emerging field of science that studies alterations in gene expression caused by factors other than changes in the DNA sequence. Epigenetics: The Death of the Genetic Theory of Disease Transmission is the result of decades of research and its findings that could be as critical to our understanding of human health as Pasteur’s research in bacteriology. Dr. Joel “Doc” Wallach has dedicated his life work to identifying connections between certain nutritional deficiencies and a range of maladies, formerly thought to be hereditary, including Cystic Fibrosis and Muscular Dystrophy. This nexus between nutrition and so-called genetic disease has been observed in both humans and primates, and it is the central theme of Epigenetics. To bring us Epigenetics, Wallach has teamed with noted scholars Dr. Ma Lan and Dr. Gerhard N. Schrauzer. Their collective expertise gives this book its far reaching perspective. Epigenetics is of vital importance to anyone who wants real knowledge about how the human body functions, and it provides a path for better health. Epigentics dispels the dogma and misinformation propagated by medical institutions and doctors resistant to change. Epigenetics is the beginning of a new era of well-being on this planet.

Simply put, change your lifestyle, you will change 'you'— your body, your thinking, and your outlook on life.

This newly revised version of genetics tells us that, the reality is, we actively control our genetics, both individually and collectively as a race. We are not necessarily locked-in. We can change the way the blueprint is interpreted. We are not 'victims' —the genetic program is re-writeable.

This is no less than a scientific validation of one of my favorite quotes, and its many variations:


''You become what you
think about all day long.''
― Ralph Waldo Emerson

Finally, all life forms, as they experience their environment, tweak and modify the foundation of their structures in response to outside stimuli. What we do stimulates our body and therefore adapts itself to our living environment. We are not doomed to suffer the same illnesses that plagued our parents and grandparents.

Change your thinking and your activities for more positive outcomes is a reality. Optimal health can be yours―you just have to think about it and change what you do.


Epigenetics and the influence of our genes

Epigenetics. Your genes are not set in stone. You don't have to live with the fact that just because your parents or grandparents were unhealthy doesn't mean you have no other choice but to be unhealthy also. You can change particular genes in your body just by eating the right foods and getting rid of the toxic bad habits, of any kind, and reprogramming your cells to make your body much healthier and stronger.  By also applying an exercise routine that will decrease stress is also key to fixing your genes.

Epigenetics is a new science that is telling us that we can take control of our bodies destiny and make it so healthy that our longevity will stamp out diseases and we can live a happier, healthier, more rewarding long life. If you have never heard about epigenetics, you really should get your knowledge on about these wonderfully new ground breaking science. The facts are clear and we truly do have control over how our lives are lived.