Government and Politics: The Coin of Democracy | A Solution 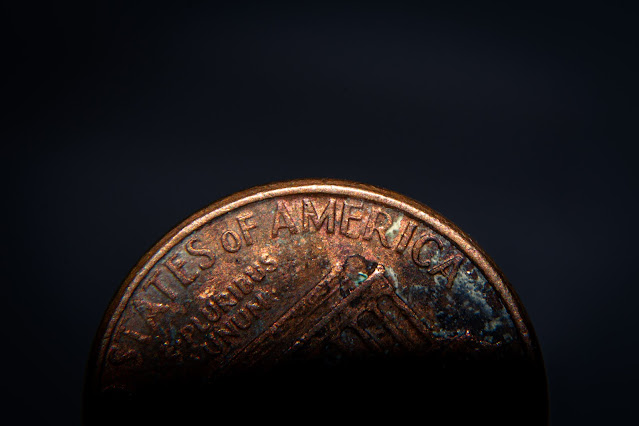 by Michael Corthell
The Democratic Party and the Republican Party dominate modern politics in the United States. They can be seen as one coin with the Democrats on one side and the Republicans on the other.
The name of the coin is 'corruption.' How can I say with surety, that these political parties are indeed both corrupt other than saying, 'Look what they have done and continue to do!'??
All governments on Earth, past and present were and are corrupt. In fact, there has never been a truly democratic government, ever(the ancient Greeks came close).
They all were, and are corrupted by the money-based systems that support them whether it be socialistic, capitalistic, or communistic systems.

That money is the root of all evils(corrupt behaviors) is a factual statement.

In America, any political candidate, particularly a national or state candidate needs money to run their campaign to get their message out, and then once installed in the elected office here come the corporate lobbyists to steal citizens' votes. How? By swaying votes in favor of special interests. So you see it's not much of a democracy, is it? It's more of an anocracy
The solution, therefore, is to change the way we operate and manage ourselves in this world. No system is perfect and there is no such thing as a perfect Utopia. But there is a much better way of doing things.
Click Here to find out what I believe is a viable way to effectively eliminate war, poverty and famine from the face of our planet. You call also contact me by direct message on social media.
_______________________
The World's Least and Most Corrupt Countries
(They are all corrupt, just some are more corrupt than others. Commonality?
They all use money-based socio-economic systems)
The Corruption Perceptions Index (CPI) is an index published annually by Transparency International since 1995 which ranks countries "by their perceived levels of public sector corruption, as determined by expert assessments and opinion surveys." The CPI generally defines corruption as "the misuse of public power for private benefit". The CPI currently ranks 176 countries "on a scale from 100 (very clean) to 0 (highly corrupt)".
Labels: Corruption politics Resource Based Economy